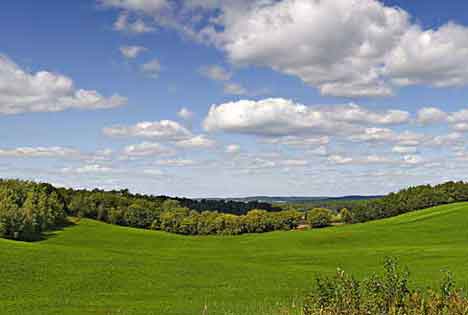 Rural Redesign – Yes We Can!

Rural Redesign members are continuing to work diligently on your behalf. Our focus is now shifting toward the province, which is where all final decisions on Municipal Restructuring are made. We’ve been advised the Minister of Municipal Affairs and Housing (MMAH) is not necessarily influenced by voter referendums or municipal preferences, and our best advice from MMAH is simply to follow the requirements of the Municipal Act, specifically Sections 171-179 regarding Municipal Restructuring.Meanwhile each Provincial Party is devoting the majority of their time and resources to preparation for the upcoming election, and the prospect of a new government could dramatically alter the Queen’s Park landscape, which could in turn influence Rural Redesign.

While everyone awaits the election call our members will be working to increase Rural Redesign awareness and gather support at the local level.

First one must review the chronology of events leading up to the infamous Kawartha Lakes decision.

Jan 2001: In 2001 the Kitchen Commission forced the amalgamation of Victoria County (16 Municipalities) and 1 County into the City of Kawartha Lakes. All but Lindsay and Emily Township were opposed.

Feb 2002: Letter from Dalton McGuinty, Leader of Official Opposition: “I have committed that a Liberal Government will ensure a binding referendum is held to allow local citizens to determine whether or not to dismantle the amalgamated city. The decision making power will be where it belongs; with the local residents”.

Jul 2002: Call for a referendum was made. Issues included tax increases, fiscal mismanagement by council, area rating not implemented, overspending.

Nov 2002: MMAH Chris Hodgson agreed to have referendum question placed on 2003 ballot. There was some suggestion he was pressured by local residents to do so. A 3 part question was requested but Hodgson agreed only to a single question. “Are you in favour of a return to the previous municipal model of government with an upper tier municipality and 16 lower tier municipalities?”

Jan 2003: Chris Hodgson announced his resignation from Government; did not run in 2003 election.

Feb 2004: City of Kawartha Lakes receives a letter from McGuinty government advising “1) There is no provincial funding available because of deficit left by former government, 2) Amalgamation was not an initiative of this (Liberal) government, and 3) There is reason to believe that the number of lower tier municipalities that would result would experience significant financial challenges such as bringing water services up to post Walkerton standards. I will not implement de-amalgamation at this time. I would be open to considering other proposals for municipal restructuring”.

Feb 2005: City of Kawartha Lakes Council voted to disallow any further restructuring proposals, and province will only entertain proposals “submitted by Council”.

The failed Kawartha Lakes De-amalgamation is a good example of a perfect storm.  A number of unforeseen and unfortunate events all came together at the same time.

Fortunately our Rural Redesign initiative differs from the failed City of Kawartha Lakes de-amalgamation in many ways:

There is one similarity we do have with the City of Kawartha Lakes. Their initiative was caught in the political crossfire of an election, resulting in a change of government, along with the political uncertainty and shift in priorities that type of change brings. Such is the situation Ontario residents may be facing in the very near future.

Rural Redesign therefore has very little in common with the situation that existed in the City of Kawartha Lakes in 2001 other than the fact we were both forcibly amalgamated, and in trying to correct the wrong, we’ve both found ourselves caught in the middle of a provincial election.

Rural Redesign intends to pursue a realignment of Hope Township with a like-minded rural community in order to best serve our residents and preserve our chosen rural lifestyle, and contrary to popular belief, legislation does exist within the Municipal Act, PART V – Municipal Restructuring allowing us to do so.

And now you know the REST of the story……