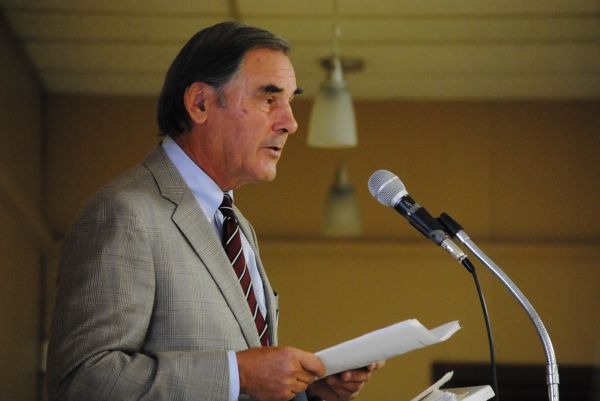 It was in September 2014 that we served the Municipality of Port Hope with the Application to have Hope Township LLRW Trust declared a Trust.  It was just at the start of the elections.

Shortly afterwards the mayoralty candidates were asked if they would commit to returning the Hope Township LLRW Trust Fund Capital and Interest to the W2 Ratepayers.  The present mayor’s response was as follows:

“Yes.  Absolutely, as stated by me as the only Mayor candidate to attend the recent meeting at the Lion’s Centre it is a ridiculous outcome of administration management.  It is also a ward 1 and 2 issue.  This will be corrected asap after the election I would not spend money on a Toronto lawyer, not needed.  It is a coffee, kitchen table type conversation.  I have zero tolerance for this and hold our current council and administration fully accountable to have let this occur.”

In December the new council took office and by December 18, 2014 we had the law suit settled.

The settlement consisted of five points:

By March 2015 it was clear the Municipality of Port Hope had no intention of honouring the terms it had agreed to.

They were now 100% apposed to the Trust and were in the midst of secretly withdrawing $550,589.19 from the Hope Township LLRW Trust account.

They not only openly challenged the Trust, but put forward a whole series of technical excuses to try to derail our efforts.

The Court rejected each of these arguments.

So what was the Municipality’s response to the Court Judgement?

The Municipality circulated a five-page diatribe which included the following:

My first question to them is – how is this such a bad thing for us if it requires them to return approximately $4M to our fund and stop their secret withdrawals.

This decision means our Trust fund will now be more then $14M and will be able to reduce our municipal tax bills by about 15% each year.

And as for them having to return the $10M to the Feds, their thinking is like a tossed salad – all mixed up.

Here is how it actually works.

If you try to set up a trust but don’t do it properly, the trust is considered “invalid”.

When you have an invalid trust, the money has to go back to its source, so when the Municipality says the money will go back to the Feds, they are correct – IF the trust was invalid in the first place.

However, the Court has confirmed that our Trust is VALID, and once a trust is validated it can no longer be invalid.

When a trust fund comes to the end of its life, it is what they call “wound up” and is distributed to the beneficiaries.  It does not become invalid and does not go back to where it came from. Thus the only way for the money to go back to the Feds is for the Municipality to win its appeal and have the Trust declared invalid from the beginning.

The only way they can win their appeal is if they can get the Trust declared invalid.  That way both we and the municipality stand to lose the $10 million.

So why are they appealing if it is only to make sure we lose our money.

If that doesn’t make sense to you, join the club.

Can there be anything more short-sighted and self destructive than that.

The Municipality’s other concern is that if the Trust is to be wound up in 2022, “the rural community is now at risk of losing the entire LLRW fund in 2022”.

We have addressed this issue with our cross-appeal.  We have asked the Court to “erase” the wind-up requirement by confirming the Trust is a Charitable Trust.  If we succeed, we will be resolving the municipalities concern.

So, if they really mean what they say on all this, they should be supporting us on our cross appeal and abandoning theirs.

When you stop and think about it, the Municipality is not “performing our duty to act in the best interests of those we represent”.  Far from it, they are bound and determined to do what they want regardless of what it costs us all.