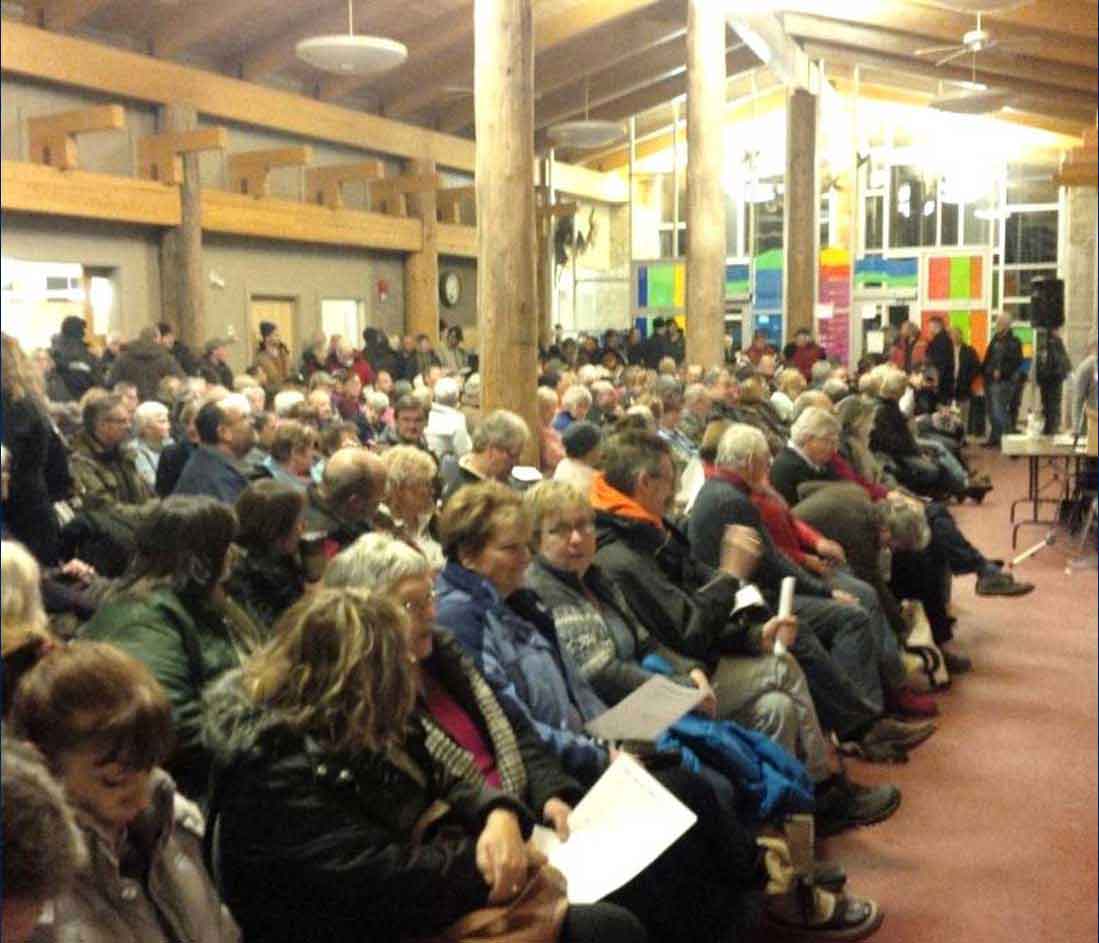 If there was any question about whether the newly formed Rural Design would have the support of  residents in Port Hope’s Ward 2 (formerly Hope Township), the huge turnout on a bitterly cold January night proved that the rural community is dissatisfied with being part of the amalgamated Municipality of Port Hope and ready to look for alternatives.

Rural Redesign’s event at the  Ganaraska Forest Centre was at capacity with a standing room only crowd of Ward 2 residents for the local group’s first public event on January 22nd. An estimated 400 people braved frigid weather to attend. The attendance numbers could have been even higher; many drivers turned back due to a shortage of parking.

The crowd heard brief opening messages by Steering Committee members: Ben Currelly (Chair), Barb Jones (Fundraising), and Caroline Thornton (Spokesperson).  The audience was informed that response received by all the volunteers, going door to door in Ward 2 to gather petition signatures, had been 100% positive. In light of the success of door-to-door campaigning, a telephone blitz was in the planning stages for execution the following week.

Next, the meeting’s objective of getting signatures on the Rural Redesign petition forms took centre stage, resulting in lineups of Ward 2 residents ready to sign the petition at the numerous volunteer-staffed tables.