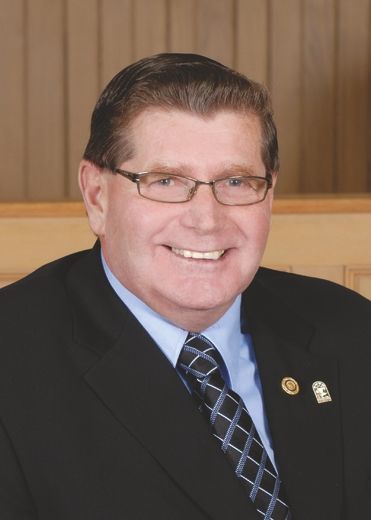 Port Hope, ON (April 30, 2014) – Last night’s Committee of the Whole meeting was the scene of another packed standing-room-only and emotionally-charged council chamber. Just one week after Council had passed an area rating tax increase for Ward 2 of 37%, which had created, in Deputy Mayor Jeff Gilmer’s words, “an open wound”, a report from the Mayor was presented as a remedy.

Mayor Linda Thompson put forth a “Rural Concerns – Moving Forward” report which recommended setting up a Rural and Agricultural Advisory Committee that would “provide information and recommendations to council and staff” regarding a long list of subject areas including rural municipal taxation, services and facilities, and infrastructure and capital investments in the rural municipality.

Ward 2 resident, Christine Collie Rowland, asked: “I am aware that staff has said that the current bookkeeping practice is to lump the expenses together and not have Ward specific accounting. However in order for the proposed rural committee to be able to provide information and recommendations on the subject areas in a useful and responsible manner, they would need to have access to a breakdown of costs incurred in Ward 2 for services and facilities. Would Council direct staff to start implementing Ward specific accounting so that there would be transparency not only for the community at large, but also so that this proposed committee would be able to fulfill their proposed mandate?”

Finance Committee Chair, Councillor Rick Austin, answered: “If the committee asks for Ward specific accounting, I’m sure council would look at it.”

To the followup question of “So if the committee asked for Ward specific accounting, Council would direct staff to implement it?”, Mr. Austin replied: “Yes, if it’s in the terms of reference for the committee, then council would look into it.”

In the mayor’s report, it is suggested “that a consultation process be developed that may utilize round table sessions, a facilitator and other means to seek input and feedback regarding the structure, role/purpose and approach of a Rural and Agricultural Advisory Committee to Council or to identify any other approaches to address the rural concerns.”

The report continues, “Stakeholders that may be approached for participation in the consultation process including round tables could include members of the current Agricultural Advisory Committee, Chair and members of Rural Redesign, Chair and members of Port Hopers for Fair Taxes, rate payer associations and member of the public from Ward 2.”