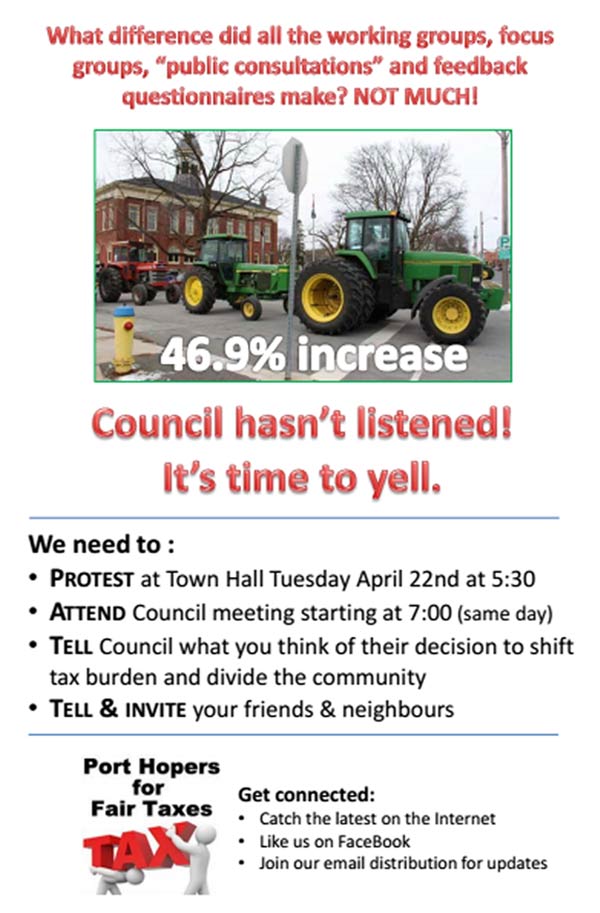 It appears the Municipality of Port Hope Council really liked Option 1-6 tax increase rate of 46.9% for Ward 2 because on April 15, 2014, when Committee of the Whole voted on the share of levy to be allocated to each Ward, that was the tax increase allocated to Ward 2.

As approved at COW, this latest approach has about the same dramatic impact as in Council’s proposed Options 1-6 from last October at the Municipality’s Open House. This time, the council members plan to phase it over ten years instead of one to five. No matter how long the process will take, the effective shift of tax burden onto Ward 2 is still very large.

Council meets on April 22nd, for an official vote on this matter, and for setting the tax rates by Ward for the 2014 tax year. And if you’re not happy with a decision that has ignored the feedback surveys, area rating working groups and focus groups, and public input at open houses, then please come out for a peaceful protest on April 22nd at 5:30pm. Protest placard signs optional.