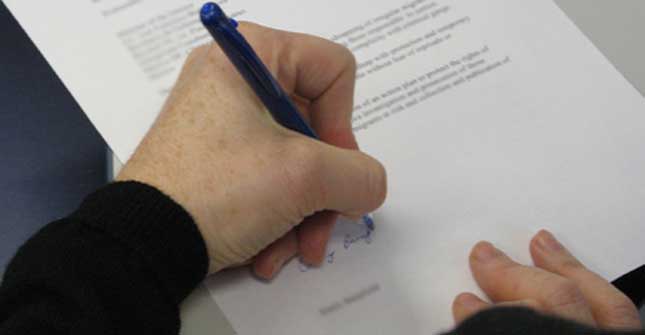 This recent article outlines the communication process regarding the Municipal Official Plan review. Such a review is required every five years by Provincial legislation. The ‘mandatory’ component of the exercise is to ensure that our Port Hope’s Official Plan remains consistent with our own Economic Strategic Plan, with County plans and policies and with Provincial planning directives, etc. It was argued at the time of appointing consultants that we shouldn’t need expensive outsiders to tell our right hand what our left hand was doing. Of course that would pre-suppose that our staff and Council has documented every planning related document released in the last five years. It appears that this has not been done, so let’s accept the fact that we do now need consultant’s help to bring us back up to speed. Still, this aspect of the review is or should be a fairly clear, straightforward process.

The study also includes a “Community Improvement Plan”. A CIP is a thorough and detailed investigation of a specific urban area, looking at design, regulatory, implementation and financing issues in an in-depth manner. In the current consultant’s work, however, we’re not actually doing a CIP We’re defining an area (downtown core to waterfront) and setting policies for a future CIP. A properly done CIP is an essential component of our urban future, but it’s premature to do such a study at this time – we need to have a clearer direction as to where we’re going, before we start detailing how to get there. And the appetite for more expensive consultants is simply not there, right now. These baby steps toward a future CIP are all well and good, but the reality is that this aspect of the current study is also a very limited exercise.

The third component of the study is, as stated in the Planning Act, “an opportunity to ensure a Municipal OP continues to address local priorities and changing community needs and vision”. To my view, this should be the major thrust of this study, yet according to Council’s RFP and the consultant’s response, it’s the least important by far. In a process that is expected to run for nine or 10 months, a maximum of one day is devoted to hearing our priorities, our changing needs and vision.

It will be argued of course that there is plenty of public communication, and that’s true; there is. But with the exception of a single proposed workshop, it virtually all happens after the consultants have written their draft “Issues and Options” report; after they and their clients, primarily the Mayor, have decided what issues are to be discussed. And that’s great. It’s important that we hear what they have to say, and to comment on issues where we think they’ve missed the mark. But it’s equally important that they hear what WE have to say. One workshop, with every group addressing every issue at the same time, is an unacceptably superficial response to this need. Keep in mind that an Official Plan includes much more than normal, regulatory land use planning; it’s a much broader policy statement of where we want to go and how we want to get there.

I propose a series of issue specific workshops of at least a half day each, with a wrap up plenary session so that everyone can hear the recommended outcomes. I don’t suggest that the following is a definitive list by any means, but would suggest that planning issues to be addressed should include:

– long-term growth patterns for both residential and employment expansion. Where exactly are the boundaries for such planned expansion? are they appropriate?

– growth patterns in the Ward 2 hamlets of Welcome, Canton, Garden Hill etc. Is the growth boundary defined? Is it appropriate? Is the nature of growth identified?

– specific issues for Ward 2 west: What planning protection should be given to the Wesleyville heritage area? What justification, if any, is there to maintain such huge tracts of employment designation in Wesleyville, when the initial justification no longer exists.

– a separate workshop specifically addressing the Community Improvement Plan issues for the downtown to waterfront area.

These issues don’t necessarily each need a separate workshop. But there does need to be at least several focused workshops addressing specific issues. These workshops need to be small, with a limited number of representatives from any one stakeholder group so that real dialogue can occur. And all positions should be minuted or recorded, and made available to all who are interested. Council of course has the authority to vote on the final Official Plan Amendment. They should not have the authority to determine or in any way limit the public’s own views on their “local priorities and changing community needs and vision.”

The consultants’ Issues and Options Report outlining all areas of official plan concern was scheduled for late January in the consultant’s work plan, after their limited community workshops were complete. It has still not been prepared and to the best of my knowledge, has not been scheduled. It it critical that the properly re-structured community workshops be conducted before even a draft of the Issues and Options Report is prepared, and that the community has been given the broadest possible notification of these workshops.