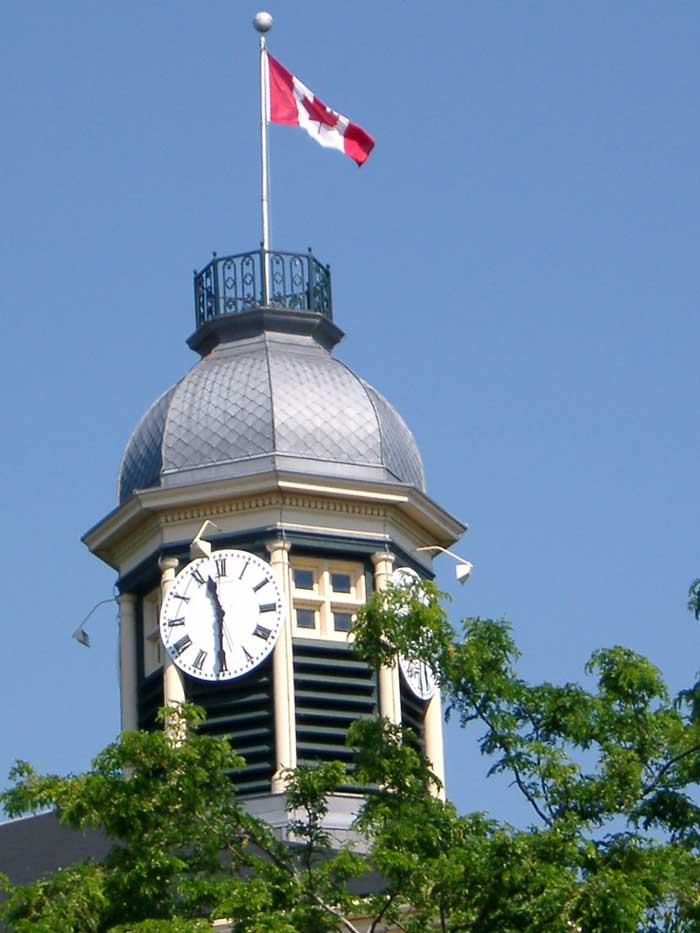 Notes for the 2016 Budget for the Municipality of Port Hope At their evening meeting on March 1st, Council adopted the 2016 budget as presented by David Baxter, Director of Finance.

TAX LEVY AMOUNT: From the report, the combined capital and operating budget for the Municipality shows a tax levy amount of $17,193,238 for 2016, to be charged on ratepayers’ tax bills. Although the Community Strategic Plan is under development and has not been finalized, Staff reviewed the draft plan and incorporated anticipated budget requirements for the first year of implementation in the 2016 budget.

INCREASED CAPITAL FUNDING: A key driver of the 2016 budget is the impact of increasing capital funding. The annual capital spending ($311,000 in 2015) is increased by $37,000 and a new $350,000 capital reserve contribution is being initiated from levy, towards future capital requirements of maintaining existing Municipal infrastructure. This results in a combined $698,000 towards capital funding in 2016 from levy. According to the Asset Management Plan, under development by Staff and review by Council, there is an annual funding requirement of approximately $4 million to go towards the repair, maintenance and replacement of Municipal capital assets. The $698,000 noted in the 2016 budget is a significant accomplishment and a step in the right direction toward meeting the $4 million annual goal. In the 2016 budget, $0 is required from the Building and Equipment Reserves and $0 is required in long-term debt.

BARRETT STREET BRIDGE: The largest capital expenditure in the 2016 budget is the replacement of the Barrett Street bridge, in the amount of $1,844,000. The Municipality has been selected for a provincial grant of 50% of the project cost and Federal Gas Tax funding will be used for the remaining 50%. Completion is expected in 2017.

FIRE DEPARTMENT PUMPER/RESCUE TRUCK: In the 2015 budget, there was approval for the down payment towards the cost of a new pumper/rescue truck to replace the Station 3 unit which has an age of 20+ years. In addition to the down payment, the remaining 60% or $240,000 towards the cost is required as pre-budget approval for the 2016 budget. The 2016 budget includes an additional $50,000 that is due in part to the decrease in the value of the Canadian dollar over the past year.

ANTICIPATED UNRECOVERABLE TAX ARREARS: The operating budget includes a one-time provision of $405,000 for the estimated Municipal portion of unrecoverable tax arrears relating to properties in “Plan 173”. Plan 173 is a plan of subdivision that was initiated by a private developer about 40 or 50 years ago (before current more-restrictive Provincial planning requirements). It contains properties with very small lot sizes, located near the south-west corner of the Municipality. Most of the properties within Plan 173 are vacant. Some of the properties went through the Municipality’s tax-sale process in 2015, in an attempt to recover unpaid back taxes, and many more properties are scheduled to go into the same process in 2016. ASSESSMENT GROWTH: The property assessment within the Municipality increased by about 3.3% from the 2015 tax year to the 2016 tax year (“growth”). This growth helps to offset some of the capital and operating costs for 2016, and the 2016 budget also requires a 2.0% levy increase after growth.

TOP THREE SERVICE AREAS: Looking across the entire Municipality, the following services represent over 60% of the combined operating and capital budget: Policing (29.1%), Works and Engineering (23.4%), Parks and Recreation facilities and programs (11.5%). Note that the operating costs and capital expenditures related to water and waste-water facilities and services are kept separate from the portion of the budget that has an effect on the Municipal levy.

INTEREST FROM LLRW FUNDS: Staff estimated the amount of interest to be associated with the two LLRW (low-level radioactive waste) funds for 2016, at $234.4K for reducing levy in the urban area (Ward 1) and $230.3K for reducing levy in the rural area (Ward 2). Staff estimated these amounts by referring to the interest that was earned in each fund during 2015, then taking 80% of that amount to be used towards reducing levy and leaving 20% to be used towards increasing the principal of the fund.

TAX LEVY FOR EACH WARD: Taking the existing Special-Services By-Law into account, Staff allocated a portion of the levy toward each ward. After considering the Special-Services By-Law, after making the phase-in adjustment for tax year 2016, and after the application of the estimated LLRW interest (above) to reduce the tax bills in each ward, the report shows the Ward 1 levy at $14.05M and the Ward 2 levy at $2.68M. For reference, in 2015 the corresponding levy was $13.44M for Ward 1 and $2.42M for Ward 2. Reading from the report, the levy increase for Ward 1 is shown as 5% and the levy increase for Ward 2 is shown as 11%. Note: the split of the levy is an estimate prepared by Staff -– the Special- Services By-Law is currently under review by a working group, with community consultation scheduled in March, and a report might come to the Budget Committee and Council in April.

ESTIMATED IMPACT ON YOUR MUNICIPAL TAX BILL: Assuming that the average assessment for a single-family residential property is $256K for the 2016 tax year, and assuming that this average assessment is unchanged from 2015, and using the estimated split of the levy (as outlined above), the report shows the estimated increase in the Municipal portion of the tax bill at $29 for an “average” property in Ward 1 and $82 for an “average” property in Ward 2. Note that your tax bill has three components: municipal tax, county tax, and provincial property tax (intended to go towards education) – this set of notes does not comment on the county tax portion or the provincial property tax portion.

Source for data: Report “2016 Draft Budget”, with appendices, dated March 1, 2016, and slide show “2016 Operating and Capital Budget” also dated March 1, 2016, presented to Council by David Baxter, Director of Finance. The documents are available on the Municipal website at porthope.ca